Pest Control in the Verde Valley 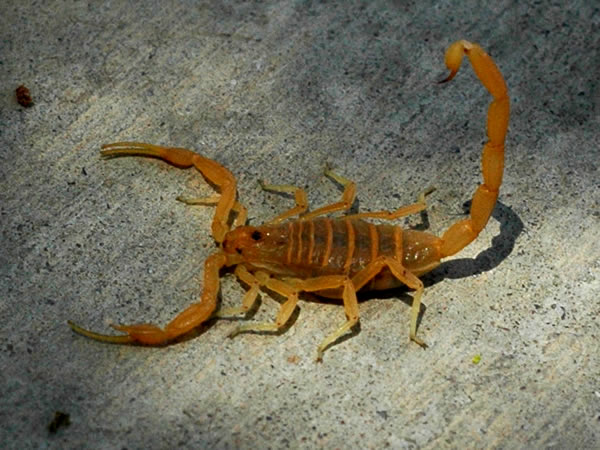 If there's one thing we have no shortage of in the Verde Valley, it's pests. Our desert climate provides an ideal environment for many insects and arthropods. What would be "routine," seasonal pest exterminating in other places is a year-round job here in Arizona, and keeping our homes and businesses reasonably pest-free is a challenge.

Another side to the challenge of providing pest control in Arizona is how to maintain a relatively pest-free environment inside our homes and businesses, while being respectful of the complex desert ecosystem outside our doors. At High Desert Pest and Weed Control, we approach every job we do with both goals in mind -- and we stand behind our work with the best guarantee in the business.

At High Desert Pest, we provide a comprehensive pest extermination plan that's designed to provide year-round protection against the most common Arizona pests, while still respecting the natural environment and avoiding excessive use of pesticides. Our plan provides effective protection against a wide variety of pests. Some of these include: 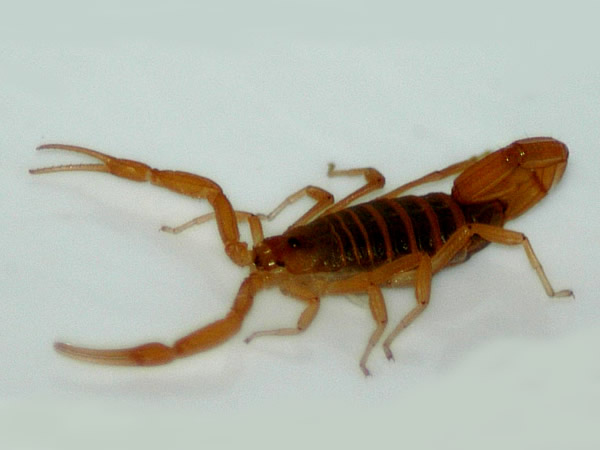 There are quite a few species of scorpions in Arizona, including the dangerous Arizona bark scorpion shown here.

Scorpions are not insects. They actually belong to class Arachnida, and so are more closely related to spiders. Unlike spiders, however, scorpions are ovoviviparous, which means that scorpion eggs are carried in their mother's body until they are ready to hatch. After birth, young scorpions ride around on their mothers' backs until at least their first molt.

The Arizona bark scorpion is one of the most common -- and dangerous -- scorpions in Arizona. Like scorpions in general, the Arizona Bark Scorpion is nocturnal and hides during the day. Unfortunately, they don't bother checking with us humans about where to hide, which has resulted in many Arizonans finding an unpleasant surprise in their boots.

The sting of the Arizona bark scorpion is intensely painful and can cause temporary paralysis of the part of the body that has been stung, which can last from one to three days. Other possible symptoms include respiratory arrest, frothing at the mouth, and convulsions. In infants, young children, and individuals whose health is already compromise, the sting of the Arizona bark scorpion can be fatal.

Arizona is home to a staggering variety of spiders. Spiders are not insects. The most obvious difference is that by definition, adult insects have six legs and three body segments. Spiders have eight legs and two body segments.

Most spiders are harmless, and even beneficial because they eat mosquitoes and other harmful or annoying insects. Generally speaking, non-venomous spiders living outdoors who aren't bothering anyone usually should be left alone. They do little or no harm, and much good.

The Verde Valley is also home to some venomous spiders, however, including: 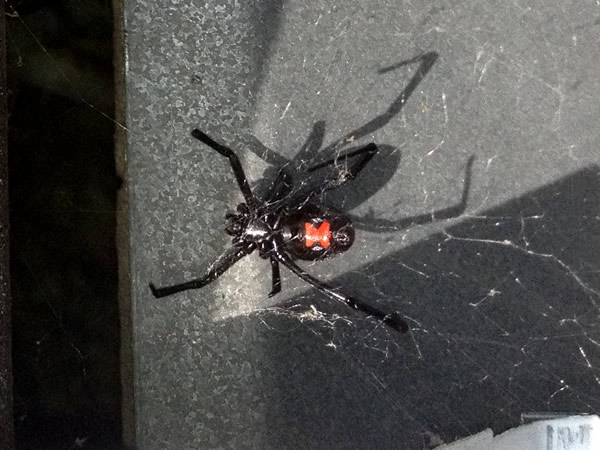 Black widows have an hourglass-shaped marking on their bellies. Other than that, their bodies are predominantly black. They like nesting in fairly dark, protected areas, and commonly can be found in closets, shed, crawl spaces, attics -- pretty much anywhere, really. We even find them in rodent bait stations from time to time.

The venom of the black widow spider is incredibly potent. Just to give you some idea of exactly how potent, black widow venom is about 15 times stronger than rattlesnake venom. Because black widow spiders don't have as much venom as rattlesnakes do, however, their bites usually aren't fatal to adult humans. But they are very painful, and the wounds can take weeks or months to heal. In some cases, the wounds can become necrotic and require hospitalization and surgery to remove the rotted tissue.

Black widow spiders get their name from their mating ritual, which includes the female eating the male if he can't get away quickly enough. This actually isn't all that unusual among spider species. Many female spiders try to eat their males after mating. 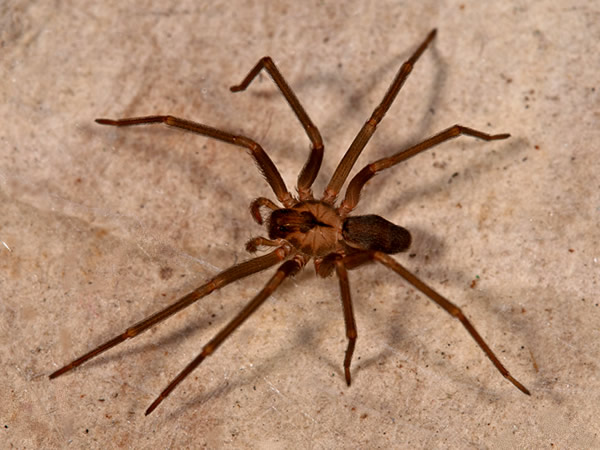 Another dangerous group of spiders found in Arizona are the various Arizona brown spiders, like the one shown here. These species are very closely related to each other and to their very close and better-known cousins, the brown recluse spider. It's very difficult to tell them apart in the field.

Arizona brown spiders are predators who usually hunt at night. During the day, they prefer to hide in small, secluded areas where they won't be disturbed. Outdoors, that may be hide in a pile of rocks, in dense vegetation, or an old tire. Indoors, they've been known to hide in closets, under beds, in clutter, or in shoes or boots.

High Desert Pest Control is a full service pest control company. In addition to scorpions and spiders, we also protect homes and businesses against a full range of common household pests, including:

We provide scheduled service visits on a regular basis (usually every month or every other month, depending on your needs). If you have a problem with a covered pest in between visits, just give us a call and we'll make an extra trip at no additional charge to take care of the problem.

Our plan is built around exterior treatment of your home or business using liquids, granules, dusts or baits, depending on factors such as your building's design, landscaping, proximity to water, and other factors. These treatments usually are performed every other month, but if you have a problem with a covered pest in between scheduled treatments, we'll come and take care of it at no additional charge.

Most of the products that we use are either naturally-occurring insecticides like pyrethrum (which is produced by many species of chrysanthemums), essential oils, and boric acid; or man-made analogues of those substances. We also offer "all-organic pest control" to those who desire it (although at a slightly higher cost).

We extend the barrier around your home or business as far as needed to provide adequate pest protection, and customize the application to every account based on the findings of our initial inspection. That makes us different from most other pest control companies in the Verde Valley, who treat every account pretty much the same (usually with just a liquid treatment).

Most of the time, there's no need for us to treat for pests inside your home. Most pest species in the Verde Valley can be controlled from outside, because that's where they come from.

Once in a while, though, customers may have problems with indoor pests such as cockroaches or fleas, or with an indoor infestation of ants or other insects who managed to make it inside (for example, through a crack in the slab or an expansion joint). No problem. If you need interior treatment for a covered pest, just give us a call and we'll schedule it promptly.

Remember that at High Desert Pest, your satisfaction is our goal. If for any reason you're not satisfied, just give us a call, and we'll come back and make it right.

For more information about how High Desert Pest can help you with your pest control needs, please contact us for a professional inspection, consultation, and recommended treatment plan.